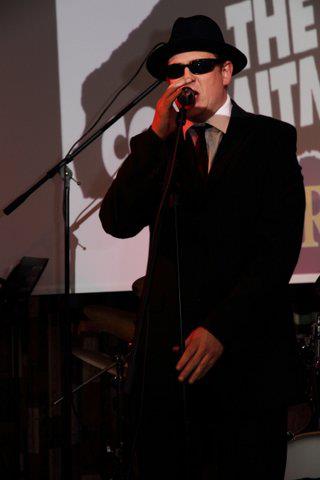 Darren Taylor aka Bubblin' D.T.Blues, has been singing and entertaining audiences throughout the U.K. and abroad for over 25 years. With his impressive range and adaptability he started his singing career as a solo artist soon earning himself the respect as one of the leading acts in the area, becoming a firm favourite at holiday camps and seaside resorts.

After taking a short break for family reasons Darren then became a founder member of a rock/indie band with Steve Fingers Winter. They firmly established themselves as a leading act on the Midlands circuit and evolved to write their own material which resulted in a couple of appearances at the legendary “Cavern Club”, the band later became a tribute to British music.

Darren still does the occasional solo gig under the name of Taylor Soul... please check him out on the following link www.taylorsoul.co.uk  Cheers folks x   Favourite song in the show- changes every time but "Soulman" and "Try A Little Tenderness" remains firm favourites for me. Favourite singers- personally for me, Levi Stubbs of the Four Tops and the great Chuck Jackson.